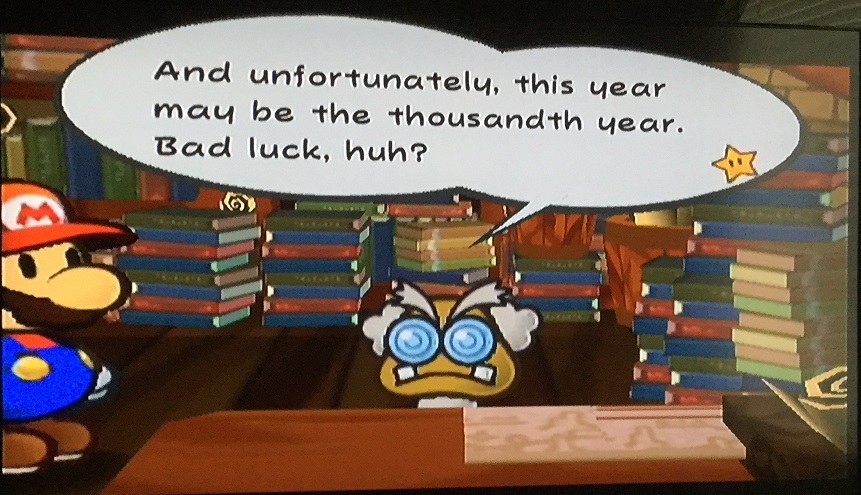 Okay, maybe there's a little more I can share..

You can call me C.Mechayoshi. Of course my actual name is plainly on this site if you know where to look.. I am into gaming, gadgets, writing, reading, mechanical watches, technology, music, and fountain pens. I document Jackson and Charvel musical instruments. I am a Mario fanatic. I do not like the concept of things being lost forever so I try to archive materials, even seemingly unimportant ones. I usually will not bother with something if someone else has already done it first. I will take a stab at it if I think I have something original or a twist of some sort to add to it. That in fact becomes my motivation to press on through sometimes tedious work.

This website was created off of the foundation of my boomaster-amia Tumblr linked below. There I wrote quick articles about Nintendo and sought out other blogs covering unconventional topics I deemed 'Mario oddities'. I never found appealing the layout and structure of Tumblr so I realized a dedicated website would be a better place. On this site you may observe that I try to cover things others have not done- at least well enough in my opinion. For an example, I’m not the first to document Charvel and Jackson instruments but I’m certainly one of the few to list so much information in one relatively easy to access spot that is being currently maintained. I'm also the only I know to cover in detail the paths of the Nintendo Adventure Books series, and other articles also hold their own unique surprises! You may notice everything here is a bit 'old school'. My site is sculpted around, well incompetence sometimes, but also a desire to capture the state of the web during the time period that I personally discovered that I could log on a computer and browse the gaming and hobbyist fan sites of yore.

Fun fact: the name of this site is a slight reference to themushroomkingdom.net!

My gaming history and other misc facts:

Growing up early on I wasn’t hugely into gaming and only knew what I might see from advertisements. I had a Windows 98 computer in the early 00s and played a number of educational games my dad purchased out of catalogs. I found titles such as the Putt-Putt series, Freddi Fish, Sesame Street, NASCAR pinball, Tonka and a few others quite fun. Our Compaq PC could not however run any 3D games of course. Around 2003 I visited some relatives who happened to own a jungle green Nintendo 64. I knew about console games as some of my other relatives possessed the at the time new and fancy Sony Playstation 2. That was the ‘cooler’ console to own then, that and the Xbox for the more mature (or ostensibly so) library of games and because it meant you didn’t need a DVD player. About that same year I was gifted a Playstation 1 Slim and a few games. (Un)fortunately I was already hooked on Mario 64 and Donkey Kong 64 as my new favorite franchises from playing with my cousins.

I was convinced I wanted a N64 despite it being outdated by then. Soon I was given a Gameboy Advance SP by relatives. A brochure with it advertised Mario and Luigi SuperStar Saga. This was the first time I discovered Luigi, who I then mistakenly thought was the older brother due to height. I would consider that Gameboy my true entry into Nintendo fandom as it allowed me to play the ports of the Super Mario platforms games and the Donkey Kong Country games. Soon I acquired a Gamecube and from that point on I was strictly team Nintendo, even despite it’s more nerdy stigma among my 00s peers. I acquired an subscription to Nintendo Power late 2006 and was subscribed until the magazines cancellation. I continue to own mostly Nintendo systems and play first party games.

For Charvel and Jackson Links see the mega database here. For links to my personal content see here.