My Works and Archives 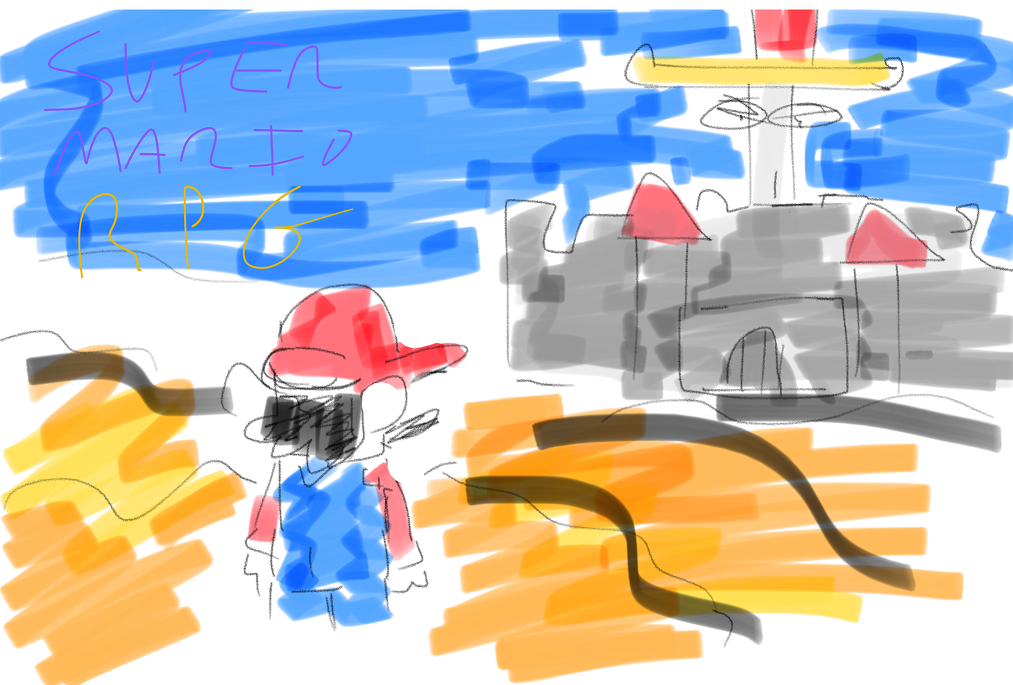 I call the world of my original characters the 'Slammerverse'. While 99% of these works from my childhood to now are offline, I will share here a few things of interest like this WIP 'bestiary' list and (coming soon) a date list. I divide my stories in several eras I'll briefly explain so that these charts are somewhat intelligible. 'T-Bone Inc' era is little kid stuff, 2000s to 2004ish. 'Pirate era' was about middle school, 2005 to 2006. 'George Time' is middle school, 2006-late 2007. 'Party Heroes' era is high schoolish, 2008-2009ish. 'SRT' is high school and later, 2009 to 2016. 'Fanfiction era' would be anything beyond that as that's where most of my focus shifted, along with other post-school adult busy with life things.

Under the pseudonym of C.Mechayoshi. Some of my series are below:

"Mario and Bowser: Frenemies Forever": My signature project from early 2016 through late 2017 and my second submission to FF.net, actually my first work written specifically for the site. Loosely inspired by an old offline handwritten comic of mine called 'J-Man and the Dragon' and EchoEternal's 'Eternally Never Yours', this story was dedicated to Mario and Bowser's intense rivalry and against expectations their surprising comradery. Without going too deep into the plot it was definitely a rocky submission and made up as I went yet also one of my most popular stories and as you will see, an idea I could never quite let go. It has twists and turns for sure. The original story is the hyperlink above. Linked below is my commentary series done a while ago. (I mirrored the story to few other sites like Wattpad and Archive of our Own, but lazily never transferred the entire thing due to numerous formatting issues.)

"Mario and Bowser's New Frenemy Adventure": This project was my largest yet and a direct response to some of what I considered to be the largest issues of Frenemies Forever. It keeps at first the same premise, direct recreations of Frenemy Forever chapters, but then shifts into something grander with a dangerous threat that wraps all of the characters into its spiral. 'NFA' is split into two 'seasons', the first the setup and the second the aftermath. It was completed entirely in the year of 2018 and unlike the first story I tried to plan things in advance. The issue however was still ambivalence on direction, the end result released to the public being a cobbled together mix of various ideas. (Maybe not apparent to readers but distracting as the author.) Returning characters were exaggerated to various degrees for the sake of comedy and in fleshing them out, there were some slower interlude like moments to mixed feedback. Notably it also signified a shift into more mature themes with insanity, death, blood, grief, regret, etc, but in a way that in hindsight veered almost into 'edge' I felt. Despite that it still has some cool moments I believe, and Mario and Bowser have more frenemy action here than ever. The story is linked above and I have two documents to share, a 'Tropes' page and an internal notes page.

"Mario and Bowser: Frenemies Forever (Redux, under construction)": This 2019 work was meant to tell the definite twisted tale of Mario and Bowser's frenemy ways and how this affects everyone around them. Like New Frenemy Adventure the start emulates Frenemies Forever yet again I subvert things. The new villain is reused from the above but most of the godlike powers are toned down so as to not have such an unbeatable threat. Many characters return but others don't or are under emphasized to keep the story lean and uncluttered. Emphasis was made on having a plot coherent from start to finish without too much distracting mystery. Redux remains more mature, but this time instead of by gory or disturbing details, from the more grounded and dynamic characters going through more mature and grey area situations. The plenty of references return but in a way that doesn't rely on much knowledge of the other stories. Also fittingly for the final story, Mario and Bowser's relationship is set in stone forever- if that's not too much of a spoiler. Linked above is the story, completed though some edits continue into more recently, and below is the Tropes and internal author notes page.

Update: Being rewritten totally for 2022. The link above has the progressively updated FF.net version. It's on AO3 as well. You can find the old Redux HERE.

Site's orginal intro banner until May 2022

Here is where outdated snippets from the site that are worth being preserved will be archived, along with anything else I deem of value.

Hi again, it’s about time I explain what’s happening with The Mario Clash as a musical project. I’ve planned two EPs, “H.A.A.E. ii v.2” and “A Whole New Level”. The process however was.. not so smooth. Now I’m just gonna release the demos so far. Tracks that are my experiments from using new recording techniques and software. If you are unfamiliar, my old recording method was with Garageband on iOS. With no microphone I would use the tablet’s built in mic to record my live amps. Other effects including the drums would come from Garageband and nothing else. That’s some legitimately powerful and useful software but there were issues regardless and I wanted to produce better sounding live music- not necessarily studio recording level but free from the ordeals I dealt with in ‘BooTracker 3000’ (2016), Hand And Arm Exhaustion’ (2018) and very recently ‘Hand And Arm Exhaustion 2’ (2021).

Now to the present time, I bought a Steinberg interface, Reaper for the PC, and a Shure SM57. Problem solved? In ways yes and no, bringing me to the current project. I wanted to rerecord some tracks from HAAE 2 that I just couldn’t get clean or tight enough along with a new ‘A Whole New Level’ EP that would have a new theme and style of song writing.

The bad: I’m still learning the secrets of good production. No obstacle here but to practice and learn more. Also the drums frankly suck. On Garageband I was often playing the drums myself and that software has some good sounding drum samples. This certainly had it’s own issues considering I’m not really a drummer and did it all on a touch screen, but it had advantages of a better sound with no clipping and the freedom to change the feel and tempo on the spot. Now I’m using a free program called Hydrogen drum machine to create the drum tracks and then importing them into Reaper where I record the rest of the instruments. Hydrogen however has some awful stock sounds and not even that many packs to add and improve it. It also takes forever to do program certain things that aren’t strictly on grid. That may not be the programs fault but it is something I miss from Garageband where I was manually controlling the tempo. (Remember, I never quantize- ever!) Reaper has a plethora of VSTs to use but of course some of the exact ones I was fond of in Garageband aren’t there, and substitutions are necessitated. Again not really its fault. The last issue is so small but one that irritates me most. I can’t easily add album artwork like Garageband did. Windows is supposed to have several ways to do so without third-party software but none of them work!

The good: Better recording quality, period. This goes for instruments, vocals, whatever. I can now double track and mix without slowing down my system. (Previously I could only really pan the guitar one side and bass another. Trust me, anything else was too heavy for the iPad and/or turned into mud) I have much better live amps and equipment to work with too.

Well, that sure seems like more bad than good does it? Actually a lot of that bad can be negated by me becoming more experienced with my new tools and finding alternatives, especially regarding drums. Because of that however I’m not ready to seriously release anything just yet. So now I present what I got so far via Google drive. But there is a little more to this still. For more details track by track, see the release way below under ‘H.A.A.E ii v.2/ A Whole New Level (Demo)’

TL;DR: I’m came pretty far with new equipment but still need time to work out the kinks and produce tracks to my new standard of quality.

Regarding the Redux 2022 rewrite. These notes were meant for when I concurrently hosted the original and rewrite. Since I am now exclusively hosting the rewrite only, these notes aren't needed up there. (Story can be read on the 'Personal Collections' tab. The links to supplementary materials for the 2019 version can also be found here.Z