Using Garage Band on iOs, ‘Amia BooMaster’ began releasing music on Soundcloud around 2015. The second and current project called ‘The Mario Clash’ began in 2018. Here is an overview of releases under 'Amia moore' and 'The Mario Clash'. -link: Soundcloud 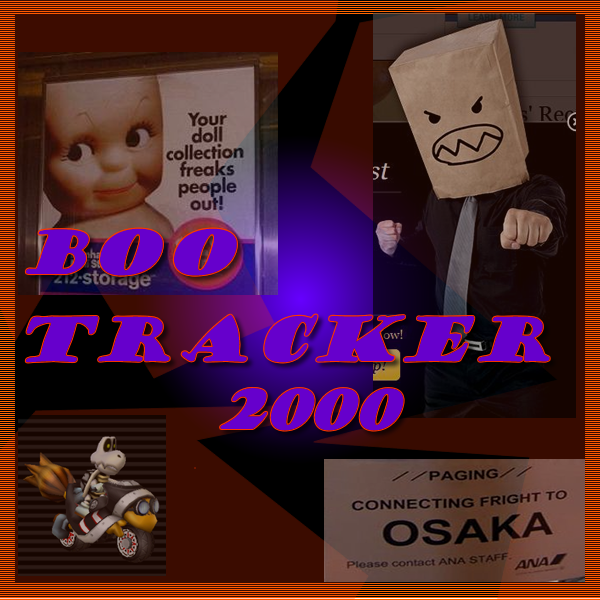 The first album, actually a collection of all songs created at the time with no overall theme or anything. The cover image labeled ‘halloween’ (has nothing to actually do with the holiday) was way back from 10/31/11. It became this albums cover because it was simply on hand and I made it a running theme for all subsequent albums. There are two song listings, the official full alphabetical one and a second listed on Soundcloud in 2016 with only a few of the songs.

-Notes: Techno loop 1 and Jazz experiment were the first and second songs made respectively. Bass colony, Bass exploration, and Cosmos are meant to be a series. The two ‘Enemy mimes’ are not related but ‘Opera’ does sample Boss colony/exploration’s bass line. ‘The energy' is an unfinished song. Old meets new And Old strikes again are the first two parts of a concept where vintage and modern meet. Technoloop 1 remix was the first remix. 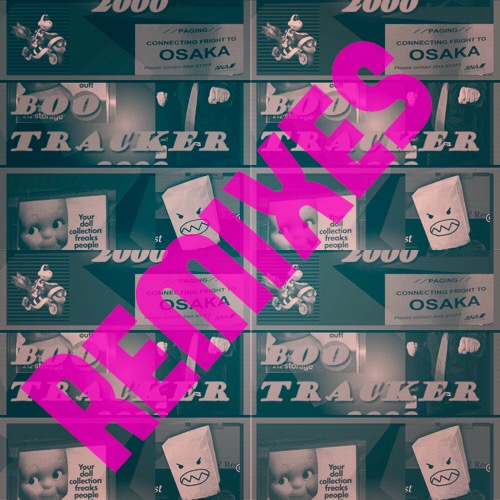 Three songs from the previous remade and with new album art created.

-Notes: This is a collection rather than a true release as all songs were released separately as singles. Enemy mime is from 2017 and has the biggest change from original with a new section added. Happy day speeds up and changes instruments only. Techno loop is a gentle tweak to make the original less chaotic. 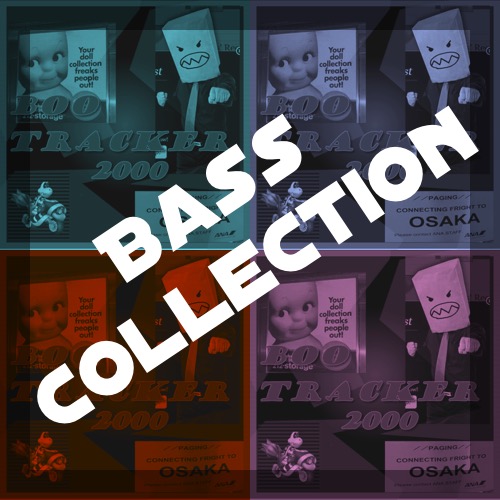 Just album art created as shown above but no new songs, just a re-release of the three songs of the BooTracker 2000’s bass series put in a playlist on Soundcloud.

Amia's first intentional and kind of serious (mostly, we'll get to that) album using collage like art made up of a couple of concept images put together. There are two listings but the Soundcloud version omits songs because it was early. Below is the final. 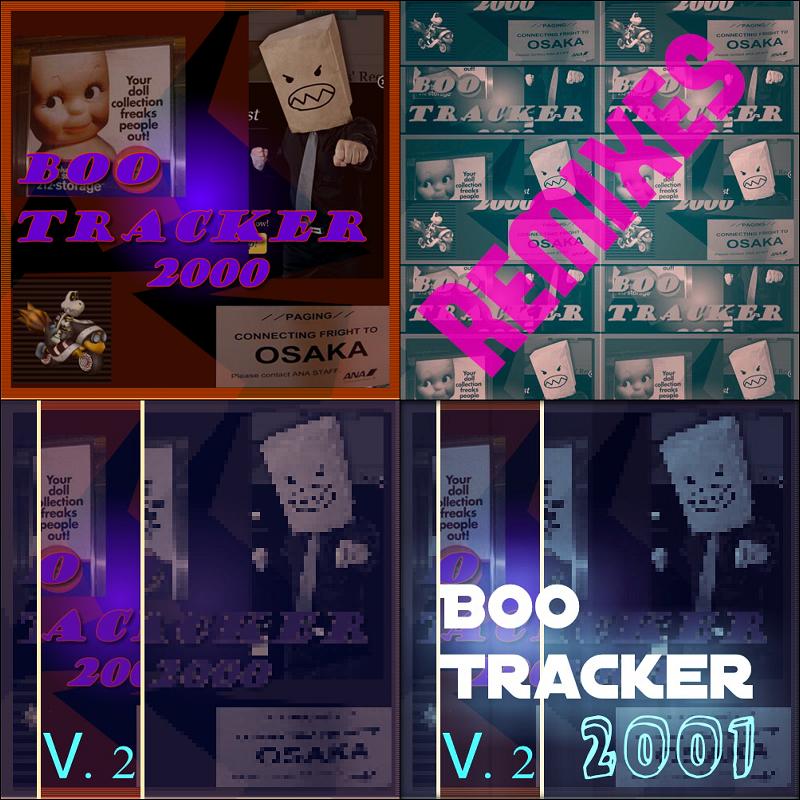 Notes: A progression of old and new ideas. Going song by song, Bass exploration remixes the song from BooTracker 2000. 'BM (BooMaster) theme live slow' is the first released live recorded song, double tracked with guitar and bass. BooMaster Theme v.2 Demo is a tongue in cheek metal song featuring a vocal sample by Amia. 'Jazz experiment 1.5' is named as such because it chops up the original. 'Frenemies Interlude'is spelled correctly now and is based off the chords of the original. 'Synth space' chances some instruments and cleans up the song a little though some errors couldn't be fixed. 'New Strikes Again' is the last in the 'Old meets New' concept. 'Synth Industrial' is an original.

Takes a different direction with emphasis on using live instruments. This was the last material created with the original iPad before it was stolen and the files for this album and the ones before this lost forever. There are two listings. Of note, this is one of the few instances where what I personally consider the offical listing is not songs in alphebetal order. This is also the first and only album to have Amia Moore's name on the cover. 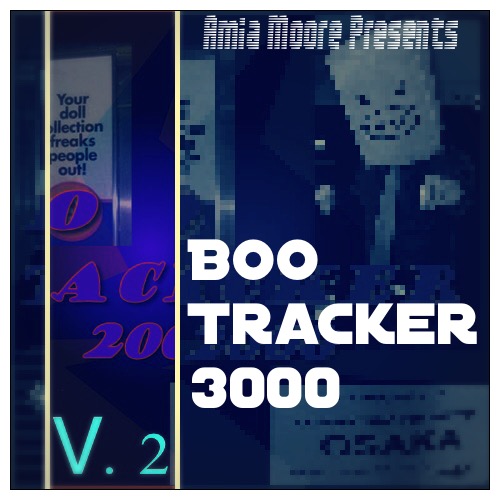 Notes: All live recordings except for 'Roomcleaner' were done with a Washburn guitar, Jackson/Charvel bass, Zoom multieffect, and a Peavey Basic 60 amp. 'Roomcleaner' which was actually recording during Bootracker 2000 era was done on an Epiphone guitar with a Fender amp. 'Bass Colony' and Frenimies were released unfinished but at least Frenimies in the alphebetal listing makes for a fitting ending track. Actually rough production plagues most of the album with a really crude way of recording the live instruments. (With no dedicated mic, basically placing the ipad in front of the amp!) This would be improved at least slightly in the very next albums.

A two song EP in 2018 created along side The Mario Clash. This is the last material released under Amia Moore and some of the first done with the new iPad. Due to the loss of the original image editing software, the art here is a bit rushed and shoddy but I made due.. 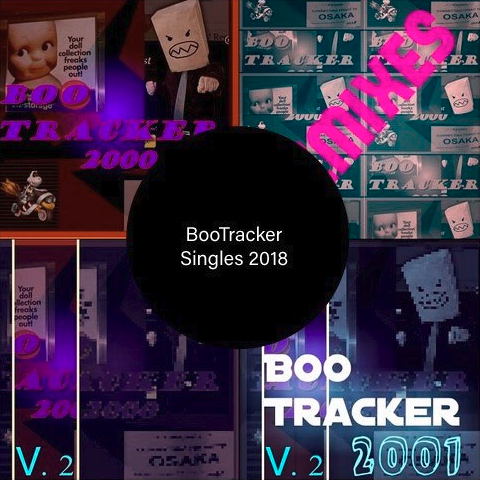 Notes: 'A new day' is based off of a never released song on the old iPad called 'Summer's over'. While a digitally created song, no parts of the synths or drumbeats are programed. The same applies for 'Winter' a homage to old school dubstep. Personally a favorite, track 1 as rough as it is inspired me to make music again.

Singles released of bass covers of other people's music. It is recorded completely live with no editing using a Nexus 6 phone. Bass used was a Jackson Concert Ex and Peavey Basic 60 for amp. No album art, though on Soundcloud some random pictures were provided.

A 'One man band' inspired by old school punk and industrial metal. A 2018 project based on live guitars with electronic elements and video-game themes.

Album with A and B sides. All songs recorded with the Jackson, Peavey, and Zoom pedal. The new artwork finally dropping the BooMaster theme was created as a parody of 'The Clash' and created on a computer rather than iPad. 3/7/18 is the official released date according to Soundcloud 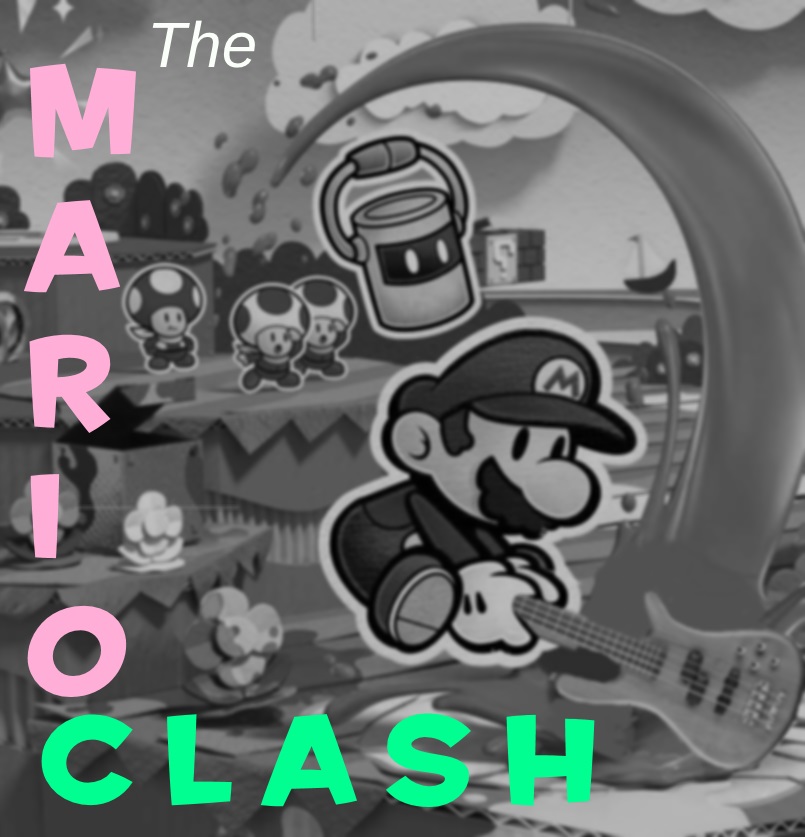 Notes: So the A side is the 'good' releases and the B side various demos. 'BooMaster Theme v.3' is based off of BooTracker 2001's BooMaster Theme v.2 but made into a fuller song. There were youtube 'music videos' created for two of the BM Theme and Seige of Nintendo Power on Mecha Nintendo Master's channel. (Seige was then removed and the studio version of B-Mast Time replaced it.) The Intro song uses the Mario Bros arcade theme briefly. WW64 (World War 64) has spoken word dialog by Amia. WW64 Dub version is an attempt at.. well dub. This is bass only with no guitars, I simply play an octive higher or lower when double tracking. Overall while the double tracking got sloppy at times, production sounds much better than BooTracker 3000 and I had fun making music again as a 'band'.

An EP with some extra ideas using the same live set up as before but with some more samples used. 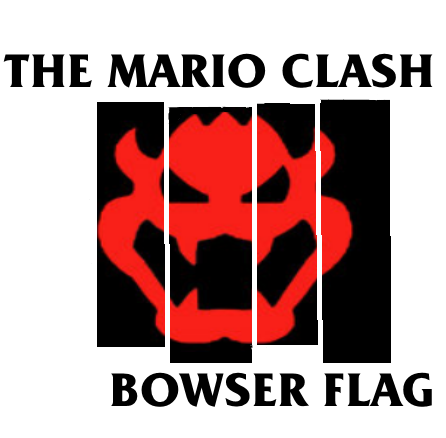 Notes: The first track is all improv with samples from Super Mario Sunshine added in post. Valley of Bowser is a industrial song with Super Mario World samples and an improv section as well. The album art is a Black Flag reference of course. Art was created on a computer.

Another return to music with a string of singles uploaded to Soundcloud around August 2019. While there is offical artwork on Soundcloud I prefer to use the 'Live Tracks' art. That was created back around BooTracker 2001 era but never tied to anything. Note that while a BooTracker release the artist is still 'The Mario Clash'. 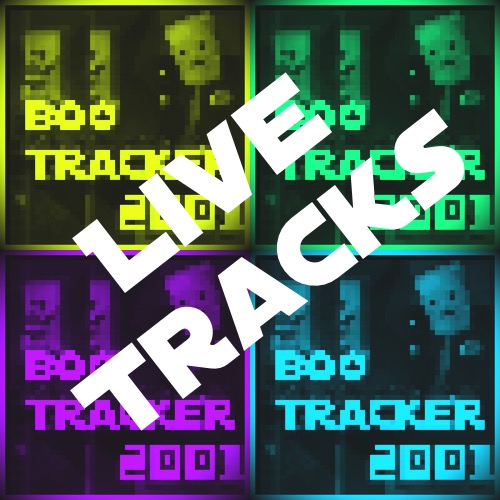 Notes: No theme or anything, just songs. Mario dub is uploaded on Mecha Nintendo Master's YouTube channel. It is a fun attempt at dubstep containing samples and no parts are programmed. SMB anime special is a happy hardcore song with samples from the Mario anime. Babysitter's plight is simply an original song. Valley of Bowser 2 is actually a remake of the one on Bowser Flag, done cleaner and the oldest of the songs on this 'release'.

An experimental EP with songs that had development throughout the year, some even contemporaries of BooTracker Singles 2019 but not yet completed or released. Most songs have powerful drums and often feature live recorded samples. The cover art is a screen grab from Super Paper Mario Chapter 5. 'MEY2' is a more rarely used pseudonym of Amia/ Mechayoshi. Released to soundcloud July 18, 2020. 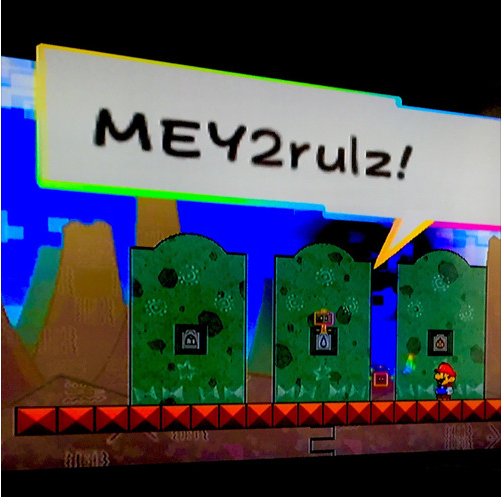 Notes: Cosmic Concert is a digital rock song with a spacey theme. Daniel and Revelation is a little glitched at the end with the sound sample but is otherwise a dub/trap song. Enough of you is similar but with a distinctive bass line. Mysterious Taste is an experimental song based around sound samples and layering. Fun fact: in development it had an alternate version with slightly different instrumentation called 'Indecisive Redneck'. Glitched Cartridge is based around a sample loop form Mario Kart 7's menu. Teenagers started in development as a country/electronica hybrid, which can be seen somewhat in the bassline but became a synth driven techno song later. The novice bright back classical instrumentation and guitars with upbeat synths and drums.