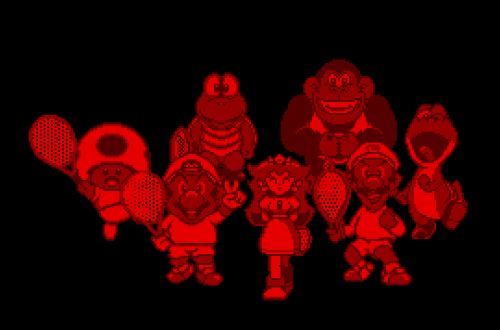 *NEW*Grass Land is NOT the Mushroom Kingdom (alt title: NSMB is always the same, except when it isn’t..)

"Mario and Bowser: Frenemies Forever": My signature project from early 2016 through late 2017 and my second submission to FF.net, actually my first work written specifically for the site. Loosely inspired by an old offline handwritten comic of mine called 'J-Man and the Dragon' and EchoEternal's 'Eternally Never Yours', this story was dedicated to Mario and Bowser's intense rivalry and against expectations their surprising comradery. Without going too deep into the plot it was definitely a rocky submission and made up as I went yet also one of my most popular stories and as you will see, an idea I could never quite let go. It has twists and turns for sure. The original story is the hyperlink above. Linked below is my commentary series done a while ago. (I mirrored the story to few other sites like Wattpad and Archive of our Own, but lazily never transferred the entire thing due to numerous formatting issues.)

"Mario and Bowser's New Frenemy Adventure": This project was my largest yet and a direct response to some of what I considered to be the largest issues of Frenemies Forever. It keeps at first the same premise, direct recreations of Frenemy Forever chapters, but then shifts into something grander with a dangerous threat that wraps consumes all of the characters into its spiral. 'NFA' is split into two 'seasons', the first the setup and the second the aftermath. It was completed entirely in the year of 2018 and unlike the first story I tried to plan things in advance. The issue however was still ambivalence on direction, the end result released to the public being a cobbled together mix of various ideas. (Maybe not apparent to readers but distracting as the author.) Returning characters were exaggerated to various degrees for the sake of comedy and in fleshing them out, there were some slower interlude like moments to mixed feedback. Notably it also signified a shift into more mature themes with insanity, death, blood, grief, regret, etc, but in a way that in hindsight veered almost into 'edge' I felt. Despite that it still has some cool moments I believe, and Mario and Bowser have more frenemy action here than ever. The story is linked above and I have two documents to share, a 'Tropes' page and an internal notes page.

"Mario and Bowser: Frenemies Forever (Redux)": This 2019 work was meant to tell the definite twisted tale of Mario and Bowser's frenemy ways and how this affects everyone around them. Like New Frenemy Adventure the start emulates Frenemies Forever yet again I subvert things. The new villain is reused from the above but most of the godlike powers are toned down so as to not have such an unbeatable threat. Many characters return but others don't or are under emphasized to keep the story lean and uncluttered. Emphasis was made on having a plot coherent from start to finish without too much distracting mystery. Redux remains more mature, but this time instead of by gory or disturbing details, from the more grounded and dynamic characters going through more mature and grey area situations. The plenty of references return but in a way that doesn't rely on much knowledge of the other stories. Also fittingly for the final story, Mario and Bowser's relationship is set in stone forever- if that's not too much of a spoiler. Linked above is the story, completed though some edits continue into 2020, and below will be the Tropes and internal author notes page.

My inactive Tumblr here, linked because some content here derive or were inspired from articles I originally posted there.

To quote CrossEyed7 of TheMushroomKingdom.net forum (describing the world of Mario)

...that was always the best part of PM and TTYD -- feeling like Mario's world is an actual place with actual people in it, hinting at all the interactions and issues and the details of day-to-day life in a world with sentient Goombas and Koopas and Bullet Bills.

!This is a fansite for zero profit, all assets used belong to their respective owners unless noted!